A true look into a toddlers personality.

Posted on September 19, 2014 by dadstayedhome

Recently I got to look into the young little woman that Kendall is becoming. It all started with the dreadful trip to Natalie’s Doctors appointment where she would get her first round of shots. After Natalie received her clean bill of health from the doctor it was time for shots. Addison and I talked about when it was time one of us would take Kendall out of the room so she didn’t have to witness her sister being in such distressed. This would have been a solid plan but unfortunately Addison had to go be responsible and stuff and left for work. Anyone that has a child, let alone 2 knows that nothing seems to ever go as plan. So they gave Natalie her the first vaccine orally and she just started to meltdown. Immediately Kendall came running up to me crying and saying “no dada ow” over and over. Immediately one of the nurses took K out of the room and gave her some stickers to keep her occupied so I could be in the room with Natalie and focus on her. Well once the screaming subsided and Nat calmed down K came in and went straight to Natalie’s carrier and gave her a hug and some kisses and kept saying to the nurse “no no”. Maybe you don’t think this is as amazing as I do but this just fascinates me. Kendall is not even 2 and she has sympathy and such concern for her little sister. If you give her a snack she always takes multiples and tries to give them to Natalie. Every night she hugs and kisses her sister before she goes to bed and she just started doing that for mom and dad. It’s been easy to overlook some of the growing that Kendall has done since Natalie has been born but I can not express enough how proud of that little girl I am. 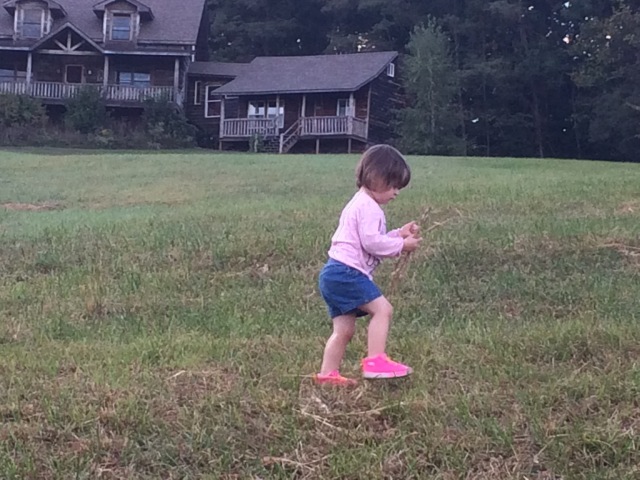